On the internet right now, one of the most used abbreviations is "NFT floating." The world's current huge demand for non-fungible tokens is the cause of this. The fact that some of them have been issued as music albums and sold for millions and billions of dollars is rather evident.

Therefore, if you have noticed this word currently circling the internet, you are not alone.

However, in today's technologically sophisticated society, prominence also attracts fraudsters and hackers who are constantly looking for more platforms to infiltrate. This makes security audits of NFTs possible.

Being the best digital transformation company, we know it is no secret that a variety of cyber risks and assaults have always been possible in the DeFi domain. Handling each of these assaults one at a time becomes a boring chore with the number of vulnerabilities in smart contract audits that exist now. 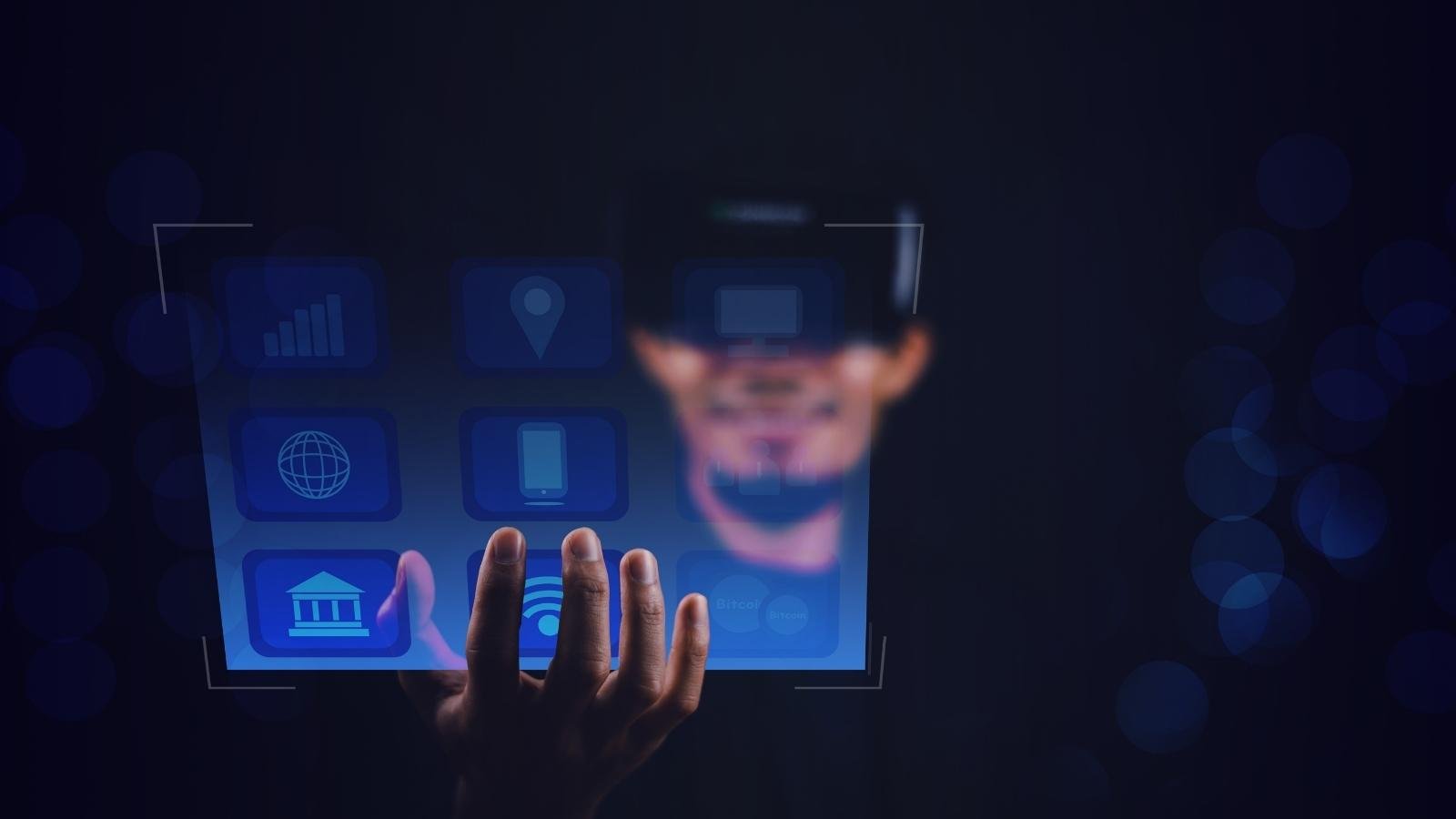 What is the relationship between NFTs and smart contracts?

An NFT that establishes ownership of digital assets is a non-fungible token. Although not interchangeable, it may also be used with other cryptocurrencies.

NFTs may be shown as real-world things and enable their developers to make money from the very first second. A cryptographic token can be of any sort. As a result, in the realm of blockchain, two identical NFTs are not possible.

Smart contracts are typically not thought of as actual contracts, but rather as specialized processes that aid in streamlining business operations. On blockchain nodes, they function. NFTs are used in smart contract audit services, where ownership must be transferred or verified.

These two components of the blockchain can complement one another. Security audits may be used to spot issues and fix them to guarantee appropriate functioning.

Select Ethereum transactions to contain smart contract code and NFT information. For instance, they use contracts to provide limited access.

Read Also: Future of Money: Where Will Blockchain take us Next?

Security specialists have determined which NFT systems are more frequently at risk as well as how.

Therefore, if you don't take an action right away and make sure your product is trustworthy, you will suffer reputational and financial harm.

What is an NFT audit?

NFT smart contracts require protection, and the audit will examine any discrepancies and flaws in detail before making recommendations for how to fix them. Professional programmers examine and verify the hacked code as part of the auditing process, including reentrancy and preemption.

It's preferable to prevent innocent-looking flaws from functioning because they might be a smart contract's weakest link.

Smart contract audit as a result helps users and upcoming NFT owners to be shielded from outside threats and any harmful activity by the original seller thanks to NFT audits.

Why Do Hackers Target NFTs? 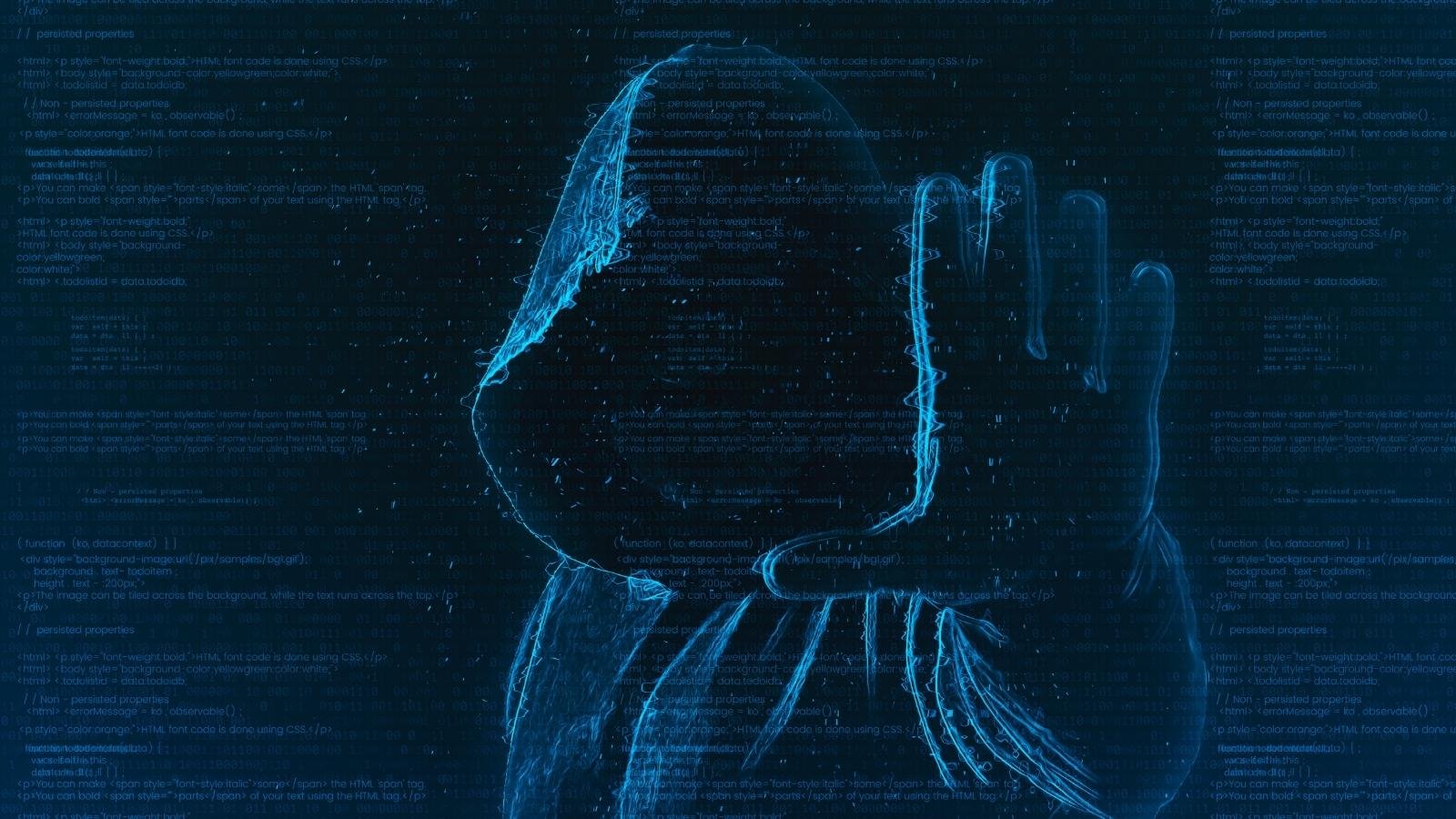 Malicious actors use NFTs as an easy way to force people to link their wallets. As a result, victims provide hackers access to their money by signing dubious transactions using their wallets.

During airdrops or other similar occasions where users may be offered NFTs from unverified projects for doing next to nothing, malicious NFTs may be distributed to victims.

Users are currently not completely aware of the security dangers involved in working with NFTs.

For instance, con artists targeted the project CryptoBatz backers in January 2022. A fake Discord server was set up by malicious actors using the project's previous URL address. The initiative has previously been posted on social media using outdated URLs that took people to phishing websites where they were prompted to confirm ownership.

The ability for malicious actors to transform genuine, priceless works of art into NFTs without the creators' permission is advantageous. Due to the industry's extreme lack of regulation, bad actors can sell these NFTs even though they are neither morally nor legally permitted to do so.

The marketplace's backend weakness was taken advantage of by hackers. NFTs were bought by hackers at lower (prior prices), and they then sold them again for more money. As a result of this compromise, attackers made more than 300 ETH (>$700K). The earlier listing remained accessible via OpenSea API even after the old NFT listing was taken down from the primary online page. OpenSea's usage of a dual on-chain and off-chain configuration, which left gaps in how listings were processed, may be to blame for the vulnerability. Users should think about transferring their NFTs to a different wallet if their NFT prices change.

Users of the project received a scam link when the initiative's Discord server was hijacked. Although the initiative responded quickly to the situation, a few users' money was lost.

The project was subject to a denial-of-service assault in January 2022. The attack happened shortly after the project was launched. Users were having trouble connecting their wallets even after the site had been restored.

The Sports NFT minting platform Lympo had a hot wallet data breach in January 2022, which cost $18.7M. There were 10 separate compromised wallets.

Users received a fraudulent link through the project's Discord channel in December 2021. $150K in Solana tokens were lost by users. Users' eagerness to mint NFTs and purchase tokens when they were originally issued by the project was taken advantage of by hackers. A few hours before the event, the project had made public plans to distribute NFTs through airdrop to users. The webhook method was used by hackers to post false messages. The possibility exists that the project did not implement the necessary safeguards to protect the webhook.

One user was able to produce 1,000 NFTs by using the smart contract limiter to their advantage. Instead of using the official website, the rogue person was minting NFTs via the smart contract on Etherscan. The evil person interacted with the project's smart contract by creating his own. His smart contract made use of the MEV bribery mechanism to steal whole blocks and guarantee that transactions would be processed with exceptionally cheap fees. Then a malevolent actor began offering some of the newly created NFTs for sale on the OpenSea market.

Due to their simpler design and less complicated environment than the DeFi one, NFT smart contracts may appear to be more secure than smart contracts for fungible tokens.

Majority of the hacks were caused by errors that users made when attempting to reduce gas costs or looking for ways to obtain NFTs nearly for free.

However, if projects had given auditing their smart contracts more attention, these errors may have been prevented.

Smart contracts were implemented into projects, and their functionality allowed for legitimate exploitations. 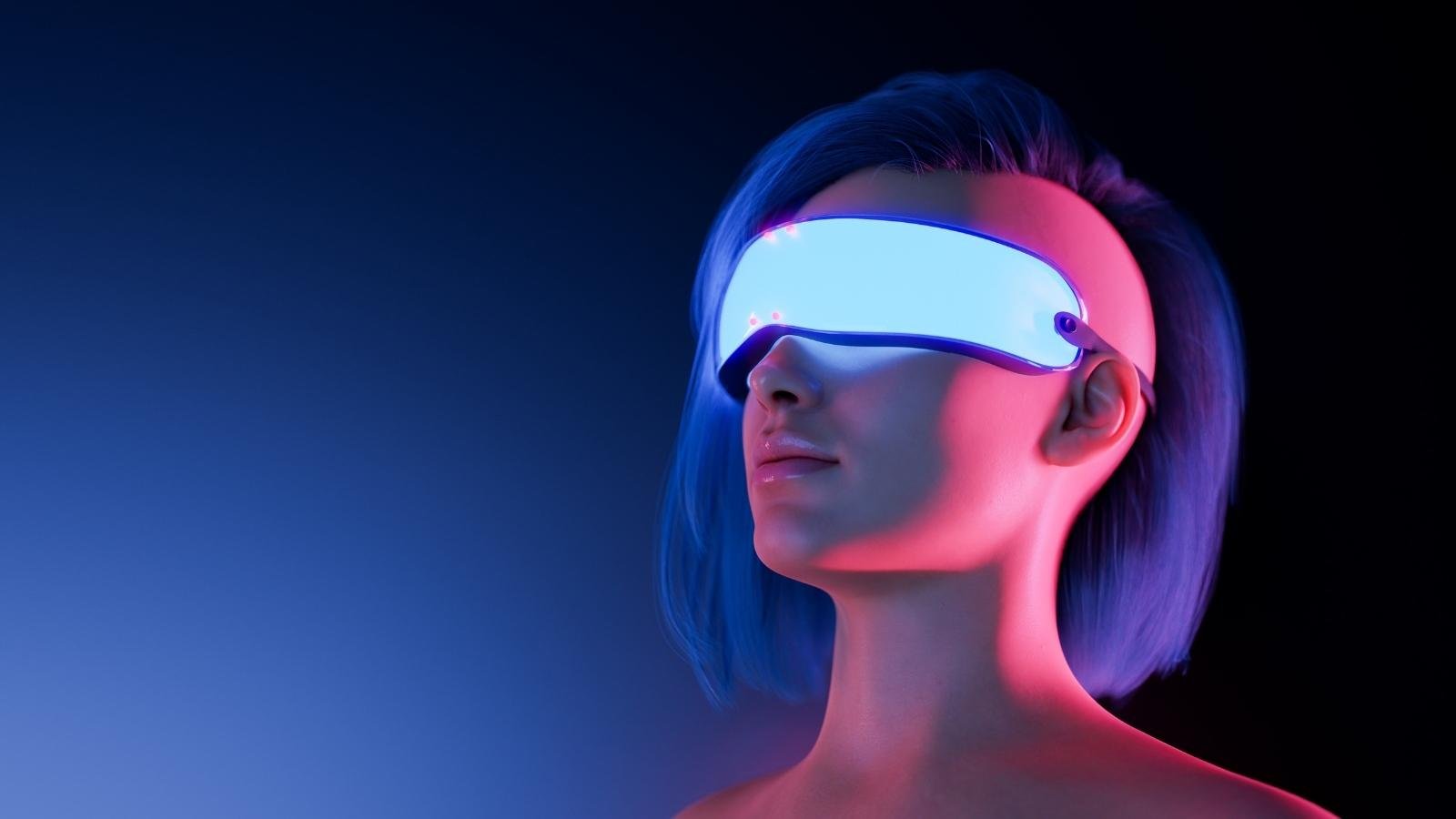 Read Also: How Will Banking Work in the Metaverse?

Importance of Smart Contract Audit for an NFT Project

A smart contract audit enables a project to find any code characteristics that can allow manipulations that could damage the project's reputation or cause it to lose money.

It could improve the performance of the code, enabling a project to show greater performance.

Each vulnerability is assigned a severity rating so that a project knows which problem must be fixed right away.

NFT projects should first assess a firm's experience and reputation before settling on a supplier of smart contract auditing services, as well as the list of projects that the company has already reviewed.

If multiple NFT projects are among the provider's clients, the project could think about requesting an audit from this provider.

The outcomes of the smart contract audit depend not only on the provider's professionalism but also on the project team's complete comprehension of the operation of the code.

In addition to emphasizing smart contract security, a project should regularly run user education campaigns showing people how to safely handle their digital works of art.

Users should review the specifics of each transaction utilizing NFTs before signing it using their wallets, and they should employ multi-factor authentication whenever it is practical.

Your blockchain components might be subject to a variety of dangers that prompt verification can help reduce.

As a result, required counsel is a thorough expert evaluation to find any risks in your fair contract. The ultimate objective is to guarantee that the code is always error-free and functions properly with the aid of safety precautions.

An audit of a smart contract is conducted using a substantially standardized procedure.

Although every auditor may adopt a somewhat different strategy, the accepted practice is as follows:

The smart contract and project requirements are determined by the project (and its intended purpose) and the overall architecture. When creating and running the code, the audit team can comprehend the project's objectives, thanks to a specification.

The specifications for smart contracts and other associated documents include in-depth explanations of the project's architecture, development procedure, and design choices.

Typically, a description of the specification may be found in the project's README file.

The developer's job is to create unit test cases in this situation. The auditor examines to determine if the smart contract functions as planned while executing unit tests.

Additionally, tests provide smart contract auditors the access to unofficial documentation that offers more information on the functionality of the intended project.

This is a critical step in the auditing process. Every line of code is examined by the auditor for mistakes.

Following the manual auditing, the auditor uses auditing tools like Slither, Scribble, Mythril, and MythX to perform a thorough audit of the code.

Based on found vulnerabilities and code optimization, auditors advise a smart contract audit.

The auditor creates a preliminary report that includes the faults they discovered and provides it to the project development team for review and any necessary corrections.

The drafting of an audit report is the last step in the smart contract audit process. Before creating a thorough audit report, the auditors need to finish the testing, and human and automatic analytical procedures.

After taking into consideration any actions the team made to address the concerns mentioned, they publish the final report.

When it is impossible to use the data that has already been recorded into the blockchain, any code parts can be replaced. As a result, it is important to consider the audit even as the project is being developed.

The bulk of hacks was brought on by mistakes the users made when trying to save money on petrol or seeking ways to get NFTs almost for free. However, these mistakes could have been avoided if projects had paid greater attention to auditing their smart contracts.

Projects used smart contracts because of their functionality, which allowed for proper exploitations.

NFTs have risen in popularity over the past year because of their amazing capacity to assign value to any physical or digital thing while documenting ownership in the Blockchain.

NFTs also allow investors to create exclusive communities around assets, which will help shape the future of a tokenized economy. Thus, we must consider NFT security.

And thus, getting in touch with the right blockchain technology partner might be the first step to protecting your NFTs.

How Insurtech Companies Stay Visible in the Crowded Field

How Insurtech Companies Stay Visible in the Crowded Field 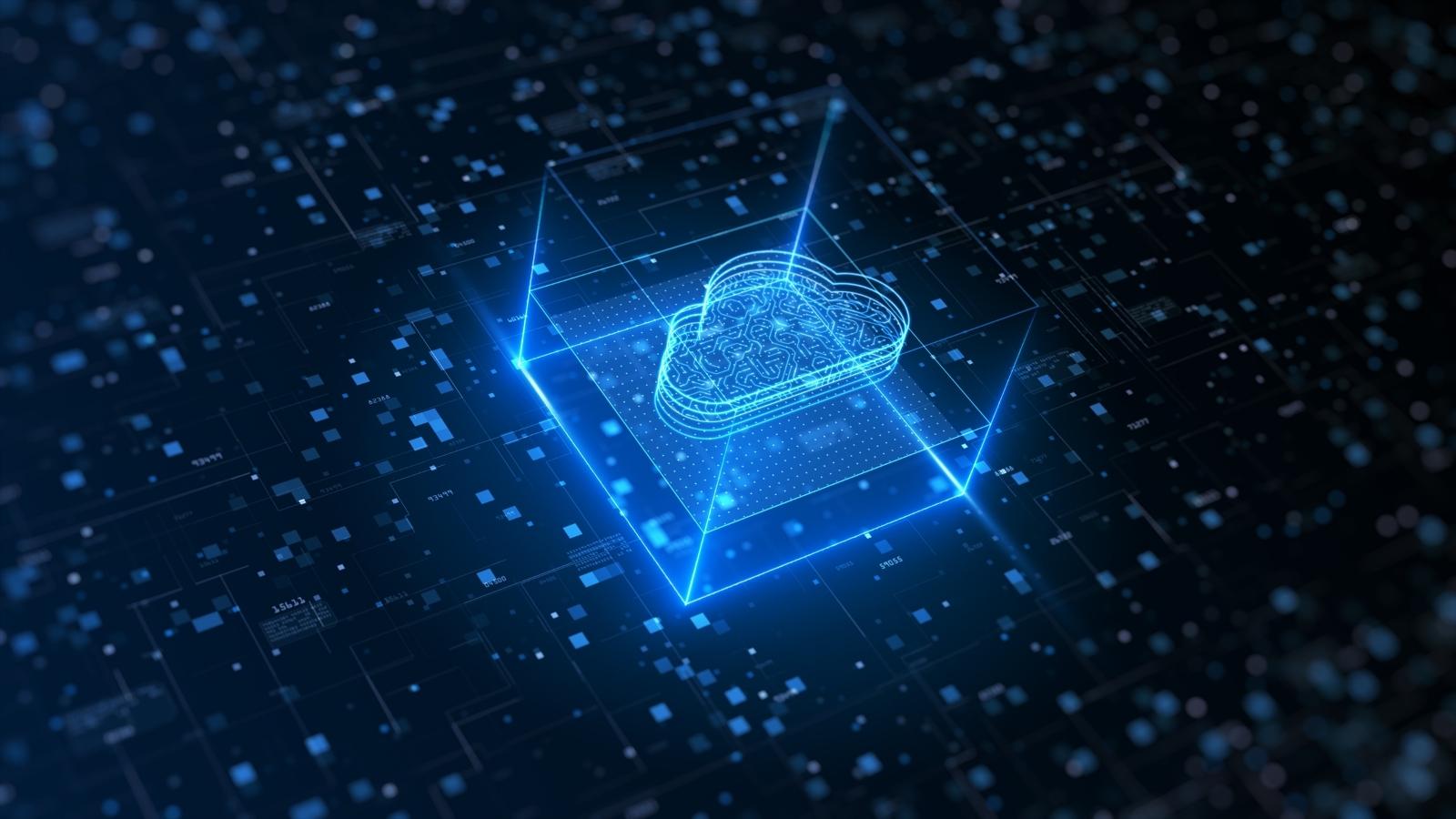