What Happens If You Don’t Do DevSecOps?

DevSecOps is the branch of software engineering that focuses on managing security in a manner akin to how DevOps handles infrastructure and operations. However, is DevSecOps truly required? What would happen if a company embraced DevSecOps but kept handling security the old-fashioned way?

In comparison to earlier large-scale systems, modern ones are far bigger, more intricate, and capable of handling more data. But we are pushing the limits of how rapidly systems can be produced by employing techniques like microservices, cloud-based infrastructure, and DevSecOps.

Infrastructure provisioning used to be a speed-limiting barrier for delivery. no more. Engineering teams may re-provision infrastructure in the cloud numerous times per day utilizing CI/CD pipelines and cloud APIs.

However, at this size, human inspections, reviews, approvals, and detection are simply unable to keep up. This is why:

Security engineers are most at ease with monoliths. There is just less of everything in a monolithic application: less code, less internal communication, and less variety of technologies used in the creation, testing, and deployment of such systems.

Developers now have access to a wealth of high-quality software that they don't have to create themselves, thanks to the growth and acceptance of open source across major enterprises. However, since important system components are being created and maintained outside of an organization, open-source software opens up a completely new arena for security concerns.

Modern systems are greater in scale. More engineers result in more modifications. There is also more data to analyze, store, and safeguard.

The system's dependencies, as well as the system itself, develop considerably more quickly now, making it harder for the old security strategy to guarantee the system's security.

How will these difficulties impact businesses that stick with a standard security strategy rather than implement DevSecOps?

The Impact of not doing DevSecOps

Not implementing DevSecOps has detrimental effects across several important domains.

The real security of an organization's systems is frequently the first victim when DevSecOps policies are not implemented. Software developers bypass strict security measures with purposeful choke spots around infrastructure and procedures by deploying software straight to the cloud. This causes non-secure systems to disobey or abuse crucial cloud security controls.

Production suffers as the second victim. As a result of a security incident or two and compromised overall system security, the security team responds by blatantly barring developers from accessing the cloud and preventing them from using the self-service infrastructure. A grind of red tape, approvals, and obstacles makes it difficult to deploy upgrades or improvements.

Modern systems have an increasingly complex software supply chain. Microservices are built using a variety of programming languages, and each language or framework has a separate external package management system with quick updates for both direct and indirect dependencies. The flood of innovations is simply too much for traditional security to handle. It is unable to guarantee that every modification is secure and free from flaws and security breaches. Because so many firms utilize open-source libraries, attackers spend more time looking for flaws in them.

Identity and authorization management across cloud providers, internal systems, and infrastructure that is provided and scaled automatically is difficult for traditional security. It is impossible to manually manage cross-microservice interactions and user access. Security errors will happen, giving developers unneeded access or shutting them out of it.

When data is dispersed over several data stores, controlled by numerous microservices, and stored across both on-premises and cloud systems, traditional security methods are ineffective. It's far too simple to fail to notice when data has been accessed or stored insecurely.

Additionally, there are several opportunities for data breaches due to the movement of data between various system components. Misconfigured audit processes might make it more challenging to identify data breaches and determine the extent of breaches once they have occurred.

Regulatory compliance infractions are likely to happen when the system is a vast and dynamic web of microservices, open-source platforms, and cloud-based applications. This can result from storing personally identifiable information (PII) or protected health information (PHI) in a non-compliant manner or using an open-source library with an incorrect license. Serious legal repercussions, fines, license and contract loss, and penalty costs are all possible outcomes of non-compliance.

Without DevSecOps procedures in place, system disruptions or downtime brought on by security breaches are more likely to occur and will need more time to fix. For instance, a system with several microservices may needlessly expose endpoints to the public; DevSecOps procedures would catch this error. However, this vulnerability may expose a substantial attack surface, increasing the likelihood of DDoS assaults and considerable system outages.

Current hot concerns in the business and technology worlds are security and data privacy. Our clients and business partners are concerned about GDPR. When major corporations are hacked, news stories are produced. Security is really important. Many of the aforementioned effect areas might lead to a system's total compromise, harming a company's brand and losing consumer trust.

In any case, a security compromise may lead to a decline in sales and positioning.

It’s Time to Revolutionize Your Security

There’s no doubt that DevSecOps revolutionizes the way organizations handle security. However, due to a variety of reasons—such as a lack of awareness of what DevSecOps is, an unsolicited culture shift for employees, budget constraints, and sometimes just the ambiguity of the term—many mid- and low-level organizations are still skeptical about shifting to DevSecOps.

The technical, as well as business benefits that organizations can reap from implementing DevSecOps, are very promising. Although you’ll most certainly come across some hiccups when you start, implementing DevSecOps can do a world of good for your organization in the long run. That’s why hiring a good solution provider like TransformHub can make all the difference. So call us today on +65 31384660 and begin your secure journey to success.

Key Components for the DevSecOps 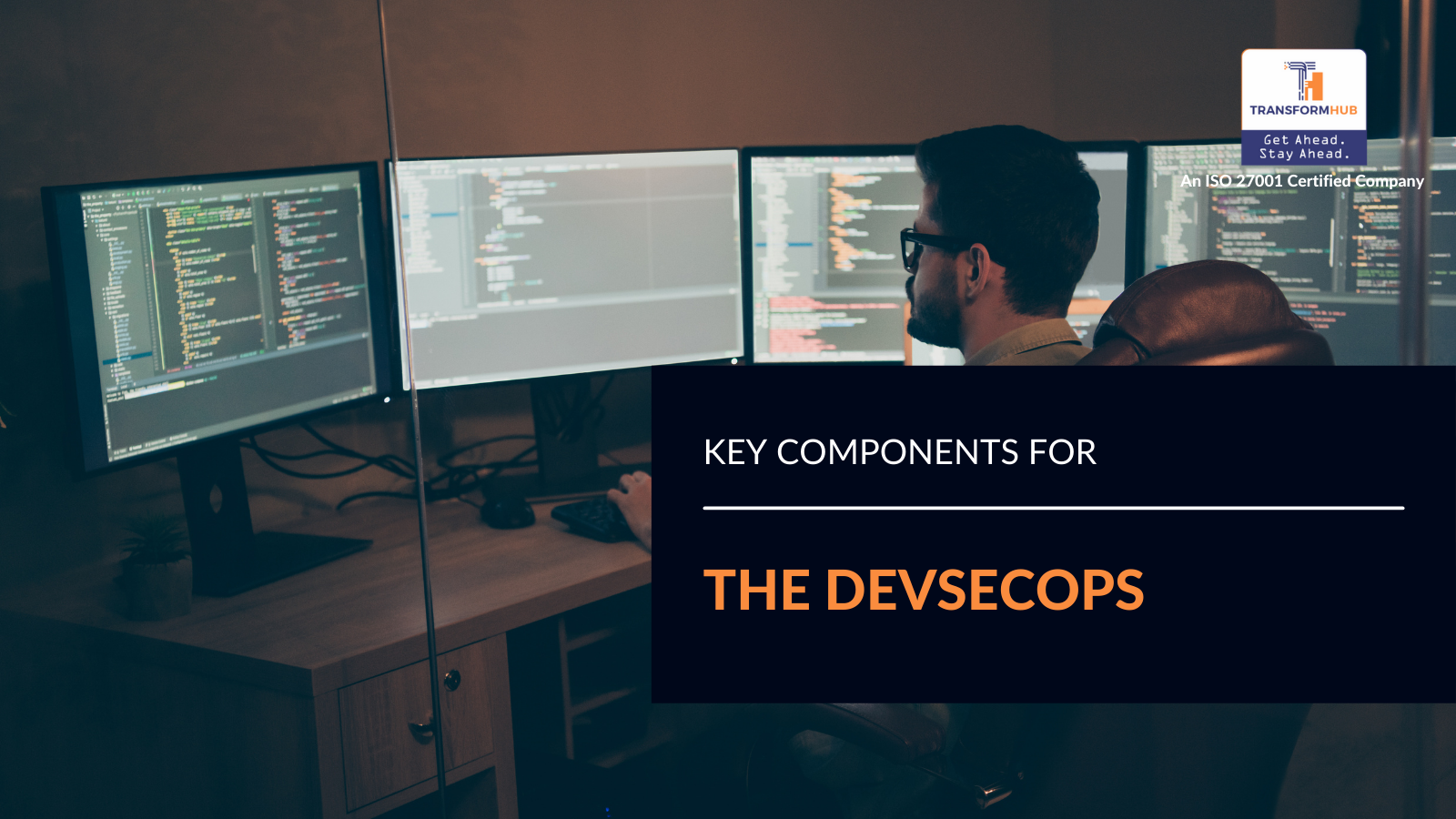 Key Components for the DevSecOps 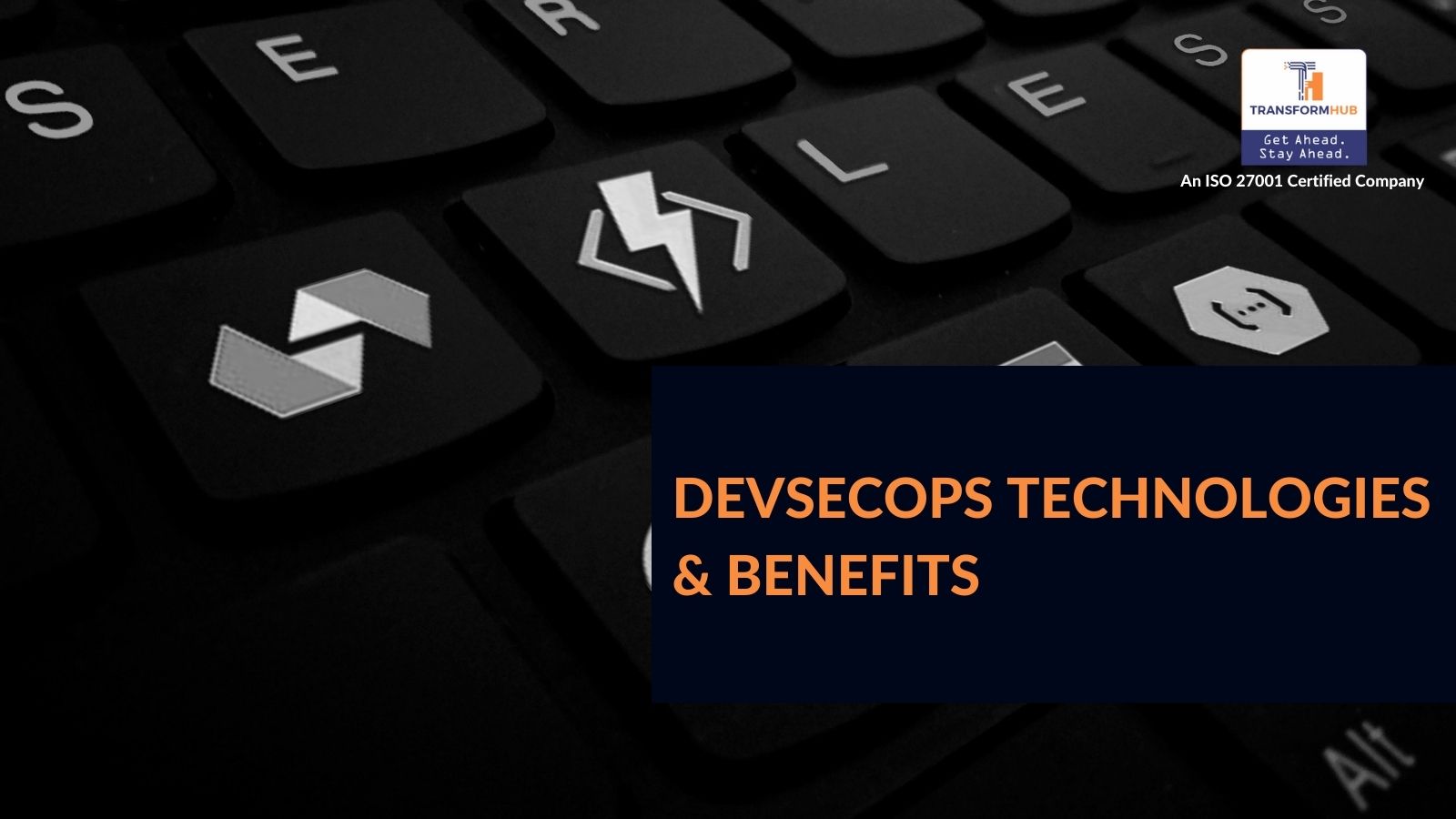 7 Tips to Evaluate and Choose the Right DevSecOps Solution